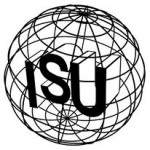 The International Stereoscopic Union (ISU) was founded in 1975 and is the only international 3D association in the world. The ISU is a club of individual 3D enthusiasts as well as a club of stereo clubs. The ISU’s members currently number more than 1,050 and come from over 40 countries world-wide.

Although the ISU caters mainly to the 3D amateur photographer, the ISU also has much to offer to members who are professional stereo photographers and cinematographers, as well as to those who are involved in the scientific aspects of the stereoscopic image.

The ISU organizes a Congress every second year in one of the major member countries.

Stereoscopy, the ISU’s magazine, is published 4 times per year. Apart from tuition in 3D photographic techniques, the Journal carries information and articles from around the world on new equipment, literature and all manner of related subjects.